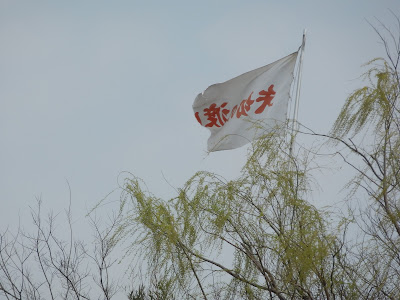 It was as if we travelled to the past.
A torn flag was flattering high up in the sky.
It is Tokyo, not in a rural area.


'Yagiri-no-Watashi' (Yagiri Ferry Crossing) is a hidden tourist spot in northeastern Tokyo where Japanese people gather for a a little ferryboat crossing from Tokyo to Chiba prefecture in Edo River.
It was an important transportation for local people which has 400 years of history and it is now only used for sightseeing.

There was no tourist information desk or ticket counter near the pier but the hand written signs tell you everything what you need to know - pay 200 yen for adult and 100 yen for child to the boatman, don't dive, don't smoke on a ferryboat. 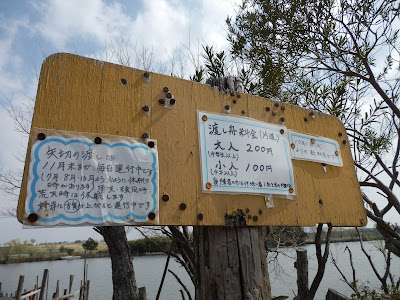 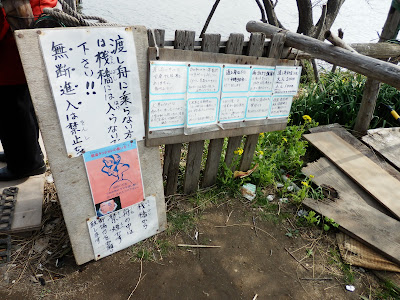 There were no foreign tourists and hardly any young Japanese people when we were there at the pier.
It is a poplar tourist attraction for relatively older generation who grew up with a particular Japanese novel, movie and song.

The story of famous novel, 'Nogiku no Haka' (Grave of Wild Chrysanthemum) is based in this area; the ferryboat often appears in the most beloved series of Japanese movie, 'Otoko wa Tsurai yo'(It's Tough Being a Man); and the popularity peaked in 1980s when a song, 'Yagiri-no-watashi' has become the Japanese number one hit song in the era. 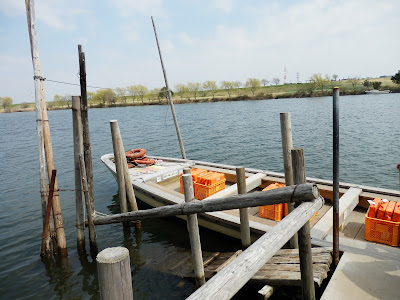 Maximum of 30 passengers squeeze in a little boat.
It is approximately 10 minutes journey to cross the river. 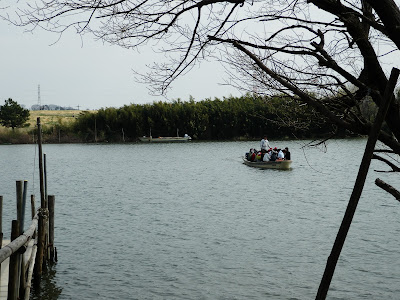 There is no tour guide on the boat and passengers only hear the gentle slap of the oar by the boatman in the tranquil water of Edo River. 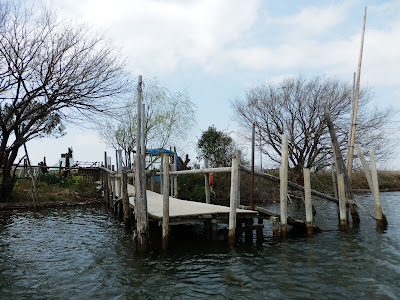 There is no safety net at the pier. Children like its fragile look. 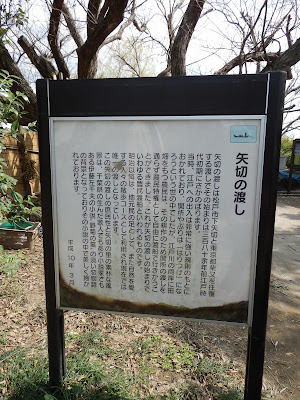 The sign of historic meaning of 'Yagiri-no-Watashi' stood at the river bank in Chiba prefecture side. 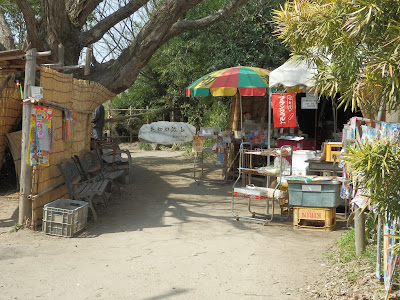 The above is a wharf  in Chiba prefecture side.
It brings us back to memories of good old days. 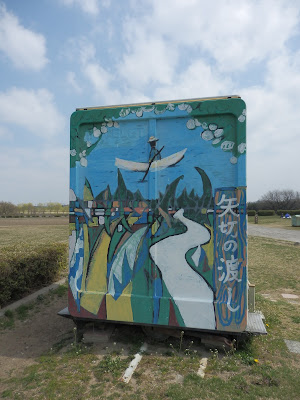 A painting of 'Yagiri-no-watashi' in a temporary public toilet. 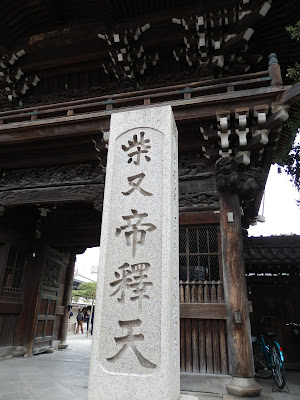 After a ferryboat ride, we strolled back to the main tourist area in Shibamata, Tokyo.
The working class neighbourhood of Shibamata is always lively with people with dozens of souvenir shops and eateries along the road leading to the temple, Taishakuten. 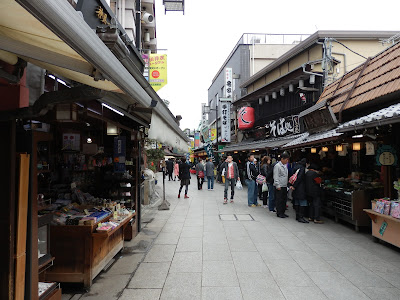 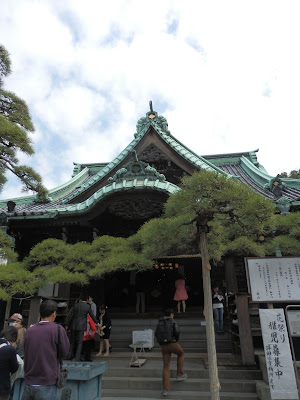 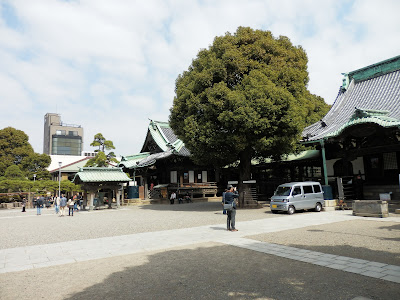 It is truly worthwhile to see the untouched downtown Tokyo.
Y★
Label: Places to go